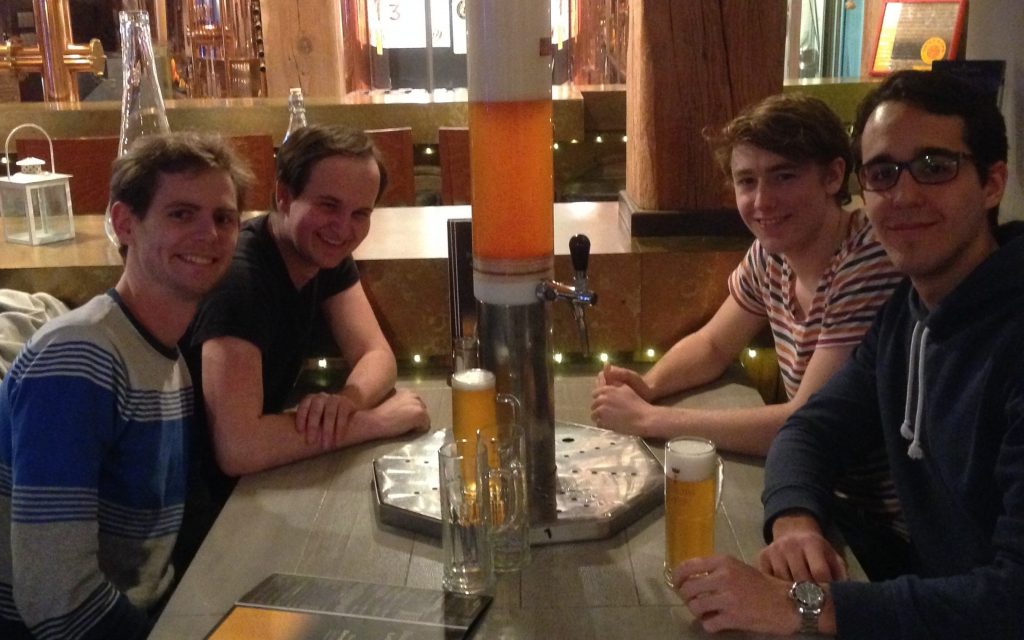 My name is Álvaro and I’m from Spain. Three years ago I decided to study abroad and I applied to some Danish and Dutch universities. Luckily, the applications to the former ones were incomplete (it’s even colder in Denmark!) and I somehow ended up studying Econometrics in Groningen. I had never been to The Netherlands before and I really did not know what to expect. My first memory of Groningen is the KEI-week, a definite must. After that I went to the VESTING Introduction Weekend, where I was the only international and I didn’t speak a word of Dutch, but I had a great time. Also, I got to try hagelslag!

During my first year in Groningen I took a 50-hour Dutch course at the Talencentrum and besides that I watch TV, listen to music and read in Dutch. Furthermore, many of my friends are Dutch and that has helped me a lot in learning Dutch. However, it is not the Dutch grammar what makes Dutch a difficult language but the fact that there are many internationals and the Dutch will almost always switch to English. Now I understand almost everything I read and hear and I hope I will take the next step towards speaking Dutch this year.

Living in Groningen as a student is fun: bars, beer, BBQ’s, sport, concerts, … Furthermore, VESTING organises many activities and borrels (socials) and I have been to two VESTING ski trips. The Netherlands also has a lot to offer: I enjoy traveling by train, although Groningen is (kind of) in the middle of nowhere and it takes a while to go to other big cities like Amsterdam or The Hague. In fact, I once had to sleep in Eindhoven to catch a flight to Málaga, so I usually go back home only for Christmas and summer; it’s expensive and it takes a whole day. I haven’t been to all major Dutch cities yet, so there’s still plenty of more traveling to do. Luckily, there’s an airport in Groningen, although it’s quite small and there aren’t many flights. Last year I went to Poland with some friends from EOR (just 30€ for a round-trip from Groningen!). Some of them even biked to the airport! That’s craaaaazy from the point of view of a Spaniard. This year we’re going to Budapest and I’m already looking forward to it! In the near future I would like to study a Data Science related master. Many people ask me whether I want to stay in The Netherlands or go back to Spain after having completed my studies and I always answer the same: I like Spain but I also like The Netherlands and most likely it will be my home for at least a few more years.