The activities organized by the Sports Committee are spread over the year. Each year they are free to organize a few activites by themselves. Furthermore, they organize the BATA.

The Batavierenrace is a relay race over 175 km from Nijmegen to Enschede, divided into 25 stages (16 men's stages and 9 women's stages) varying from 3.6 km to 10.4 km. Over 350 teams participate in the race, which means more than 8,500 students. The Batavierenrace is a mixture of a competitive sport-event as well as a big social event. At midnight on Friday the race starts and the first runners will dive into the night for their heroic battle against the elements and the temptations of a warm bed. This is the beginning of 18 hours of sportsmanship. Afterwards, the biggest student party in Europe takes place, with over 12,000 visitors!

In 2019-2020 the SC organized a paintball activity. Besides that, they organizes a dodgeball tournament.

In 2018-2019 the SC organized an event at JumpXL. Besides that, they organized a lasergame and bowling tournament at Tasmania, where you could also do some darting and pooling on the side.

On the first activity of the SC 2017-2018 we went bouldering at GroPo. On the next activity we played bubble football and archery tag.

In 2016-2017 the SC first organized a trampoline festive at JumpXL. Besides that we had a paintball actvity. 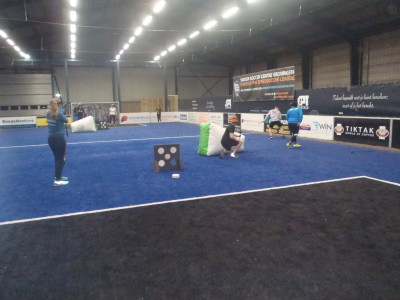 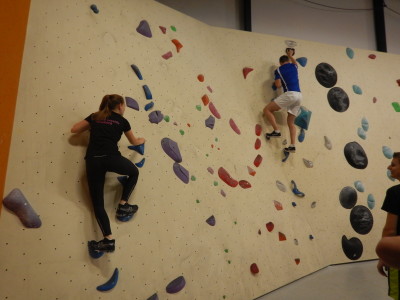